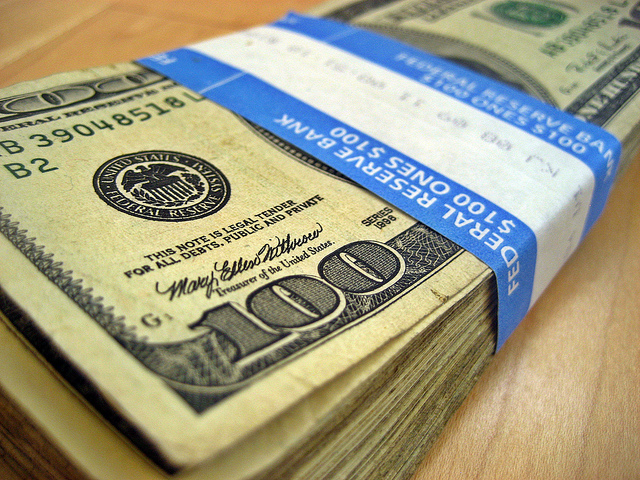 Here’s something you may not have known about F4DC: we don’t plan on being around after 2020. No, we haven’t subscribed to any end-of-the-world doomsday scenarios. In fact, quite the opposite: we’re thinking that the chance of human survival past 2020, perhaps even into the next century, will be improved if we go out of existence!

At this point, you may be thinking, “Whoa! These folks have a curious view of their destructive potential, not to mention their own importance!”

The vast majority of charitable foundations come into existence under an assumption that they’ll exist forever — “in perpetuity,” is the legal term of art. Under this model, foundations put their money resources — “financial principal” (never to be confused with “financial principles!”) — into investments that deliver interest or dividends or capital appreciation at a level that allows them to give away some money each year, while preserving or even growing the underlying principal.

By law, foundations have to give away or otherwise spend on charitable purposes 5% of their assets each year. Thus, if a foundation has $8 million in assets (about what F4DC’s assets are valued at these days), the US tax code requires it to put $400,000 each year toward charitable purposes.

Here’s the deal. The world is in a real pickle, and dribbling out $400,000 per year just isn’t going to have transformational impact. And we need some transformation!

The global financial crisis is just one of several deeply disruptive, linked crises that together portend a level of environmental, economic, and social collapse that is already radically altering how we live. Whether we want to change or not, big changes are coming — some of them are here already (Hurricanes Katrina and Sandy!) — due to the intersection of climate change, peak oil, and the non-sustainable nature of a global, corporate capitalism that has driven the world toward the greatest wealth inequality ever experienced by humanity. People are hurting, struggling to support their families and communities, as jobs disappear and wages stagnate. Catastrophic weather events escalate in number and severity, pushing communities past the breaking point. Our representative democracy is under siege from corporate interests who are unelected and unaccountable. And our grasp of direct democracy (that is, our community capacity to dialogue about our needs and decide on collective action to meet them) is shaky at best.

In the face of the failing economy, many people are recognizing the need to build a new economy to take its place: one where people and planet come before profits. Where the rewards of productivity go to the people who do the work. Where communities are enriched, not stripped, by businesses that are rooted in place. An economy built on the principles of cooperation, sustainability and solidarity, not competition and exploitation. At the same time, people around the globe and at home in the U.S. are coming together to demand that the voices of the 99% be heard, and in the process are relearning and inventing from scratch new democratic forms.

We’re at a pivotal moment, a time of opportunity on the one hand and real danger on the other. F4DC is striving to put its resources — both money and people power — in service to the massive project of building a just, sustainable and democratic economy in this critical period. It’s a big project, and it’s sure to last way past 2020. But we think F4DC’s greatest impact—our shot at transformational impact—is in these next eight years.

If you’re wondering where this “eight years” figure comes from: Ed and I actually came to this idea of spending down our resources a couple of years ago. At that time, we gave ourselves a ten-year horizon line. Seemed like that was enough time to hatch and work on some serious projects, but also a short enough time frame to concentrate the mind. We’re two years in now, and believe me, the 2020 deadline does indeed concentrate the mind. Our entire staff is struggling to define what it would look like for us to leave a lasting legacy and evaluating whether our program and grant-making activities are on track to achieve it.

Stay tuned: we’ll have more to say about the legacy we hope to leave in later blog posts. For now, just know we’re working with growing numbers of people in our city, North Carolina, and the Southeast (link to the Federation of Southern Coops and SGEP) in ways that we hope position us all to be around a whole lot longer, even if F4DC is no more.

We picture a web of strong people, versed in democratic arts, who are able to work together to rebuild their communities. We see organizations, institutions, and networks across the Southeast that link and nurture democratically-minded economic and political projects that flow from communities that are usually pushed to the margins: Black folks, poor whites, Native Americans, women, immigrants, young people. Imagine a growing pool of autonomous people and organizations who understand that their well-being is tied to the well-being of all, and have a pretty clear idea of how to build a new economy anchored in vibrant democratic communities. We think of F4DC and its resources as part of the “seed capital” for this new venture.