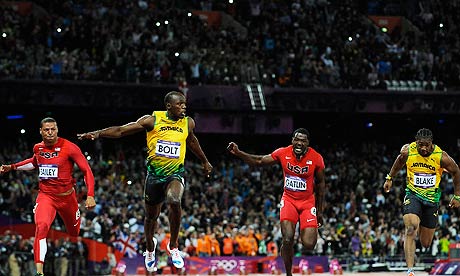 Building sustainable communities is something we think about a lot here at the Fund for Democratic Communities. Our starting point in these discussions is the economic sustainability of communities and their ability to use their community wealth for their own benefit. The mainstream discourse on sustainability is largely set within the boundaries of the current economic system – one that is based on exploitation of labor and extraction of wealth and resources from communities around the world. True sustainability will likely not be found within this worn out and fundamentally self-destructive system.

I recently attended a large region-wide gathering with people from business, government and the nonprofit sectors. This event firmly grounded itself in the existing economic framework. We were told by several speakers that “competing [with other cities and regions around the country] was no longer good enough – we have to win.” This exhortation to renewed and heightened competition reached a Monty Python-like apex when one individual stated that the competition between the major cities in our area was hindering the region’s ability to compete.

Compete for what, exactly? Many local and state government officials are busy trying to entice businesses to relocate to their areas in need of job growth. As a result most governments are working hard to make their communities attractive to people who do not live in them yet. A huge piece of a community’s wealth is found in it’s “commons.” This is the set of resources, both tangible and ephemeral that we used to protect vigorously for the benefit of ourselves and our neighbors. Today, governments package bundles of these resources and give them to large businesses in the form of tax incentives and free infrastructure in exchange for an investment, a promise of job growth and long-term commitment.

But in a world driven by competition, what value does a promise of long-term commitment carry? Another city or region will merely package a better set of their communal resources and entice that business to pick up and move yet again, chasing a slightly higher profit margin. This happens again and again across the United States and certainly right here in our own community.

An alternative – likely, the only alternative – is cooperation. If local governments took those resources they may give away to attract a business from outside our community to local entrepreneurs right here in our neighborhoods we would see the wealth of our communities start to grow immediately. If we looked to our neighbors to join with us and become the developers of real estate and business we could build the communities we want to live in and retain our wealth instead of facilitating individuals with money and access to power who are not at all interested in long-term community sustainability but only interested in what they can get out of our communities..

I came away from my focus on local sustainability efforts over the past few weeks thinking, I’m not at all interested in competing with someone else for what is clearly a smaller slice of pie. If anyone talks to you about competing for sustainability remind them: races come to an end but cooperation can continue.