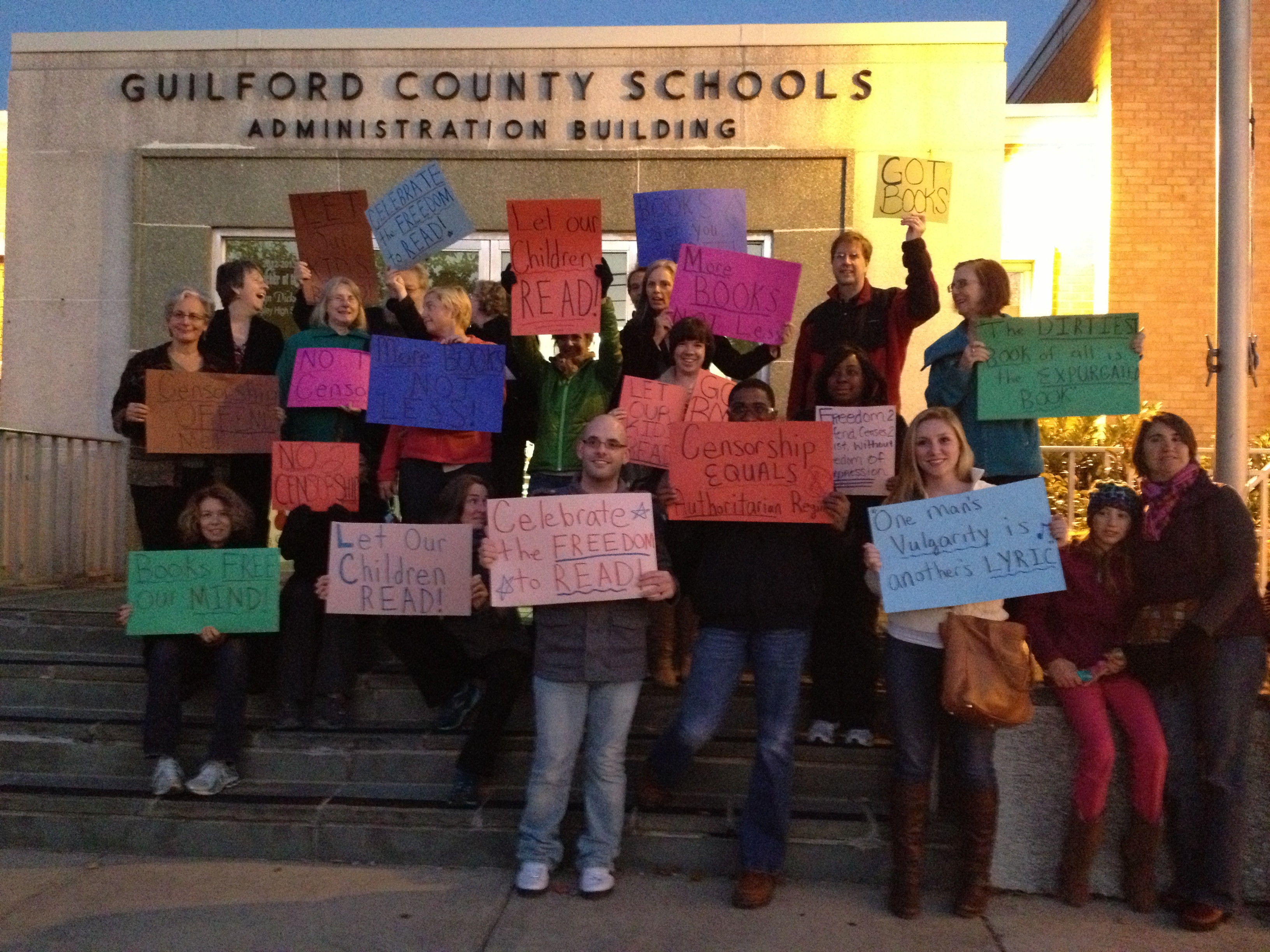 About a week ago, some Guilford County residents carried a petition with some 2,200 names on it to the School Board, asking to eliminate controversial books from high school reading lists. They targeted certain books, like Margaret Atwood’s The Handmaid’s Tale and Isabelle Allende’s House of the Spirits, objecting to sexually explicit passages and what they saw as anti-Christian themes. Actually, using these books as examples, they asked for the school system to revise the entire way it selects books, so that books like these would not ever again appear on reading lists.

Well, community dialogue and activism is alive and well in Greensboro! In response to this threat of book banning, roughly 30 people marched from the Central Library to the School Board meeting on Eugene Street, carrying signs that read, “More books, not less!” and “Let Our Children Read!” Here’s a picture of some of that contingent when they arrived at the School Board building. Many marchers then entered the meeting, where they addressed the School Board, making sure that the Board knew there was large crew of folks who like the book selection policy just fine.

Book banning is NOT the way to deal with controversy and difference. More democratic dialogue, not less! Hooray!