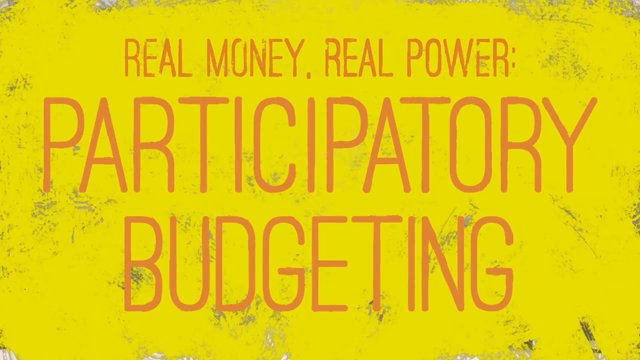 The Fund for Democratic Communities congratulates the City of Greensboro on a successful start to Participatory Budgeting!

The Fund for Democratic Communities (F4DC) is thrilled by the success of Greensboro’s first Participatory Budgeting (PB) cycle. Our city is the first in the South to launch this innovative program to directly involve residents in the annual budgeting process through a transparent democratic process.

City residents proposed 675 ideas across the city. Volunteer budget delegates worked with City staff to turn these ideas into concrete project proposals. Over the course of a two week voting period 1,123 Greensboro residents voted on projects to be carried out in their Districts.

F4DC Contributed to the first year’s PB process with a grant of $30,000. We are excited about the future of this process in our city!

Here are the percentages of voting by District:

People from across North Carolina are headed to Greensboro this weekend for the ReWeaving NC conference. This event brings together people interested in building a new economy based on solidarity, cooperation, and sustainability.

Several staff of the Fund for Democratic Communities are presenting, along with our friends from PB Greensboro and the Renaissance Community Coop. It will be a great space to think and dream and plan together about the North Carolina we want, and have already begun, to build.

END_OF_DOCUMENT_TOKEN_TO_BE_REPLACED 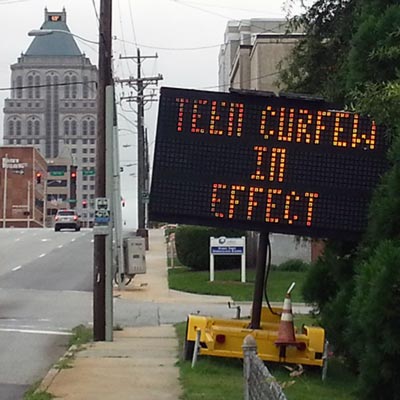 One thing I do a lot is think about urban planning, place-making, and public space. Something I do just as much is ask questions. So the question I’ve got on my mind as of late is:

We are in a critical place in the development of Greensboro’s identity, which will be formed and reformed whether intentionally, haphazardly, or with little consideration for all those it will affect.

Recently in Greensboro the city council voted to impose a curfew on people under the age of 18 when they are in the downtown of the city. This is an example of several things; the shaping of Greensboro’s identity without everyone’s input; of closing off the commons, an already scarce resource in Greensboro; and the permission for police profiling. This curfew answers the question of who this city is for, as it seems to indicate a lack of trust in young people. This is occurring at the same time that young people are championed as the “future”. The curfew is a tool to perpetuate the villainization of and in turn criminalization of youth, specifically black youth, brown youth and working class youth. Holding onto young people in this city is something that Greensboro claims it wants to do. But which young people do we want? Is it only young professionals, middle class folks, and mostly white folks that are valued and invested in, that the city is conceived for?

This curfew also runs the risk of creating a Greensboro brain drain. If young people aren’t allowed to participate in the use of a city, in the creation of a city, then it only makes sense that we’ll feel unwelcome and policed, and keep to certain parts of the city; parts of the city that aren’t being invested in the same way as downtown, lest we forget that the city is not confined to just the downtown. Or we leave the city all together and contribute our creativity, energy, and passion in other places where there is opportunity and where we are welcome and encouraged to create. This will inevitably affect the face of our city.

When thinking about who a city is for, it is critical that we understand that we all have a right to the city, both in its physical space, but also in its creation. So I challenge each of us to go further, to demand of the city, and enact in our daily lives what it would look like to draw young people in, to draw all sorts of people in to the conversation and creation of what we each want the city to look like. We’re all responsible, but as I said everyone has to be allowed to answer these questions, to have their voice heard, instead of being pushed out by such exclusive practices like the curfew. Greensboro, what will we do?