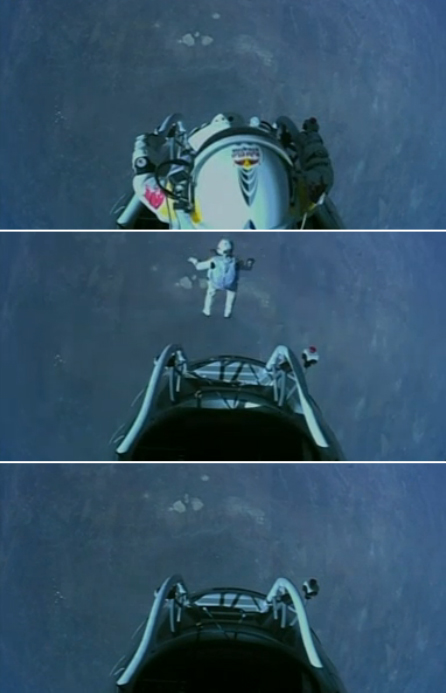 Most of us have never actually had to pack our own parachute, but it is not hard to believe that those who have packed it with great care. While we may think of sky-diving as a high risk activity, practitioners of the sport are extremely cautious and avoid any unnecessary risk. I would go so far as to claim that the risk that they take is less than the risk of walking across a busy street. Sky divers know what they are doing. They are very careful to make sure that they will have a functional parachute when they need it.

The rich often attribute their wealth to their willingness to take risks. I doubt that as a class they got rich by being less careful with their money than sky-divers are with their parachutes. I would be willing to bet that as a group, the wealthy spend a lot of time and energy getting to know the arenas where they operate, they take great precaution with their money and they assume very little risk. When business risk is assumed, it is such that the potential reward is so great when compared to the chance that they will get it that even winning some and losing some they still come out ahead. Well, so much for risky behavior!

What really characterizes the wealthy in not nearly so much their increased willingness to accept risk, but rather their heightened knowledge of ways to avoid risk, their increased access to the resources they need to put together profitable enterprises and a cushion of access to surplus money allowing them to stay in the game in spite of setbacks. These enterprises are dependent on the labor of others who are also risking failure by being involved in an effort which might fail but which will capture all of the surplus their labor produces if it succeeds.

But let me try to give a concrete example of the type of risk that the rich brag about., What would my return have to be to make it worth my time to gamble? First, we need to remember the difference between taking one chance on something, and repeatedly wagering over and over again. If I make one wager with 1-in- 5 odds and could only double my bet or lose it all, I would be taking a risk and I would have a likelihood of losing.

On the other hand, if I bet 5 times, I could expect to win once and lose four times. Betting $10, I will put up $50 and get back the $20 from my one win.. The net loss would be $30 for each average cycle of 5 tries. Now we should understand that in some cycles I might win twice and in others I might not win at all, but if the probability is accurate and the game is fair, overall I will win one and lose four each cycle of 5 tries.

Suppose though that on winning I can more than double my money. Suppose I could get $100 when I win and only lose $10 when I don’t. Then with the same odds, sin 5 tries I will on average win $110 and lose $40. That means that I put up $50 in my 5 bets and got back $110. I will have a net gain of $60 in each cycle of 5 tries. That is my type of “gambling”. There still might be times I win twice out of 5 tries, or even three times, and there might be times I don’t win at all, but in general if the odds are 1 in 5, over the long run I will make out well. Being knowledgeable about the chance and the size of rewards allows me to make a decision to engage in this situation, but not the first one with a 5 to one chance and even money. That is “knowing the game”, but is hardly taking a risk.

One of the things we heard about the housing bubble was that financial institutions packaging mortgage backed securities made an effort to ascertain the risk of default on the mortgage so they could set the return on the package of securities in relationship to the risk. The idea was that the higher the risk was, the higher the return needed to be to make the purchase worthwhile. Packages were put together that had huge risks and were attractive because they had gigantic returns. The problem with the mathematics of this is that the greatest return will come from buying a security that had a zero chance—that is — no chance of being repaid at all. Many of these were sold because of the promise of huge returns, but when it became clear that the mortgages on which they were based would never be paid, then the giant bubble burst, and these high value securities became worthless – toxic, they were called.

So we have it that higher risk is worthwhile if the reward is high enough, but there is no reward high enough for something that will certainly never pay off. Unfortunately, many wealthy folks who engage in this logic with the idea of not really risking anything, in the long run, found themselves having given away everything until the taxpaying public was called in to bail them out and save the financial system. Now you have to understand how courageous that is. That is an even better way for the wealthy to ‘assume risk.‘: If they win, they get to keep it all. If they lose, we pay it off for them.

So my claim is that the financial practices of the wealthy are not particularly risky. Typically they have sufficient reserves to allow them to “stay in the game” until they win and they have calculated that the return that they get will be great enough to cover for their inevitable loses. When they miscalculate all this, they dump the loss on the public. That is not risk. What would be risky is to let a Wall Street broker pack your parachute or to take care of your safety net.