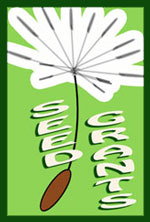 Our friends at the Food Co-op Initiative are making grants to new food co-op startups. Below is the press release they issued yesterday:

Food Co-op Initiative today announced they are accepting applications for grants up to $10,000 for development of new grocery co-ops. The Seed Grant program provides a cash award along with proven resources to help organizations achieve success. Food Co-op Initiative advisers will work closely with awardees throughout their organizing process, including making at least one in-person visit to the community.

Food Co-op Initiative’s Seed Grant program is designed to streamline the startup process to foster the maximum number of successful, sustainable co-ops. These competitive grants must be matched by the co-op with funds raised locally. Grants may be used for payment to professional consultants, registration fees and expenses to attend training opportunities, and initiatives supporting member recruitment, capital-raising, community outreach, or other aspects of organizing the co-op.

Food Co-op Initiative was founded in 2010 in response to a continuing wave of interest in establishing new retail food co-ops. The Initiative provides a range of services to the hundreds of volunteer groups working to bring improved access to food and the other economic and social benefits of cooperatives to their communities.

In 2012, Food Co-op Initiative awarded $100,000 to 14 organizations in 12 states. Grants are funded by the USDA, Blooming Prairie Foundation, and the kind support of cooperators nationwide. Applications and guidelines are downloadable at www.foodcoopinitiative.coop. Deadline for applications to be received is August 1st. Awards will be announced by September 1st. 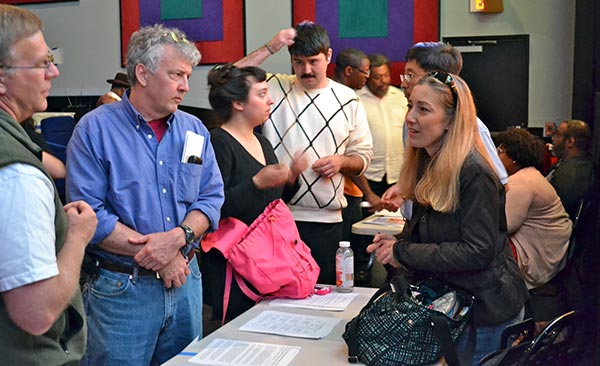 On April 24, a great crowd came out for F4DC’s third movie night, “Food for Thought” at the Carousel Theater. We were so pleased to co-sponsor the event with Deep Roots Market in celebration of the grand opening of their new location and the Renaissance Community Co-op that’s in the midst of an impressive drive to launch a food co-op in Northeast Greensboro.

What’s a co-op’s number one purpose? To meet the needs of its members! This reality rang clear throughout the evening.

In the late 1960’s and early 1970’s it was really tough to get natural and organic foods in Greensboro. So, a small group of people starting a buying club for these types of items. This was the origin of Greensboro’s first consumer food co-op. Community members recognized a common need and worked together to meet that need by forming a cooperative business. With the expansion this year, Deep Roots is expecting an annual revenue of over $4 million dollars and will employ more than four dozen people. They’ve come a long way from those first days in a Guilford College dorm room!

Likewise, neighbors in Northeast Greensboro decided they were tired of waiting year after year for a grocery store chain to set up shop after Winn-Dixie closed in the 1990’s and left them living in a food desert. Folks started meeting together last year to start their own grocery store with healthy foods in a conventional store that’s owned and democratically controlled by the community. In addition to healthy and affordable food, this store will create community wealth and good jobs. By working together to meet their own needs, they are paving the way for communities across the country. With the help of the City of Greensboro, Renaissance Community Co-op is soon to be a national success story.

Four film shorts were shown at movie night, In between, there was rich discussion with panelists, Joel Landau (of Deep Roots Market), Sadie Blue and Casey Thomas (of Renaissance Community Co-op). If you missed “Food for Thought” movie night, check out some of the videos that we showed:

What’s to love about Food Co-ops is a 2 minute short about why natural and organic food co-ops are so great!

Watch some of the rough-cut scenes of Food For Change, a feature-length documentary in production about how food co-ops are a force for dynamic social and economic change in American culture. The movie tells the story of the cooperative movement in the U.S. through interviews, rare archival footage, and commentary by the filmmaker and social historians. A third of the money collected at the movie night went to this group to support the completion of their film.

The Little Mercmaid and Co-op Style are sure to leave you humming. Each of these short films were created by their co-op members in Lawrence, KS and East Lansing, MI respectively as part of the 2012 Year of the Co-op “My Co-op Rocks!” film contest.

We wrapped up the evening with very cool open space time. Everyone left their comfy theater seats and joined A&T Urban and Community Horticulture Program, the Edible School Yard, Greensboro Farmers Curb Market or Food Not Bombs and talked about ways to connect and get more involved in more food related efforts going on in Greensboro.

We hope to see you next time at F4DC’s next movie night. Check our website or sign up for the listserve for more information.