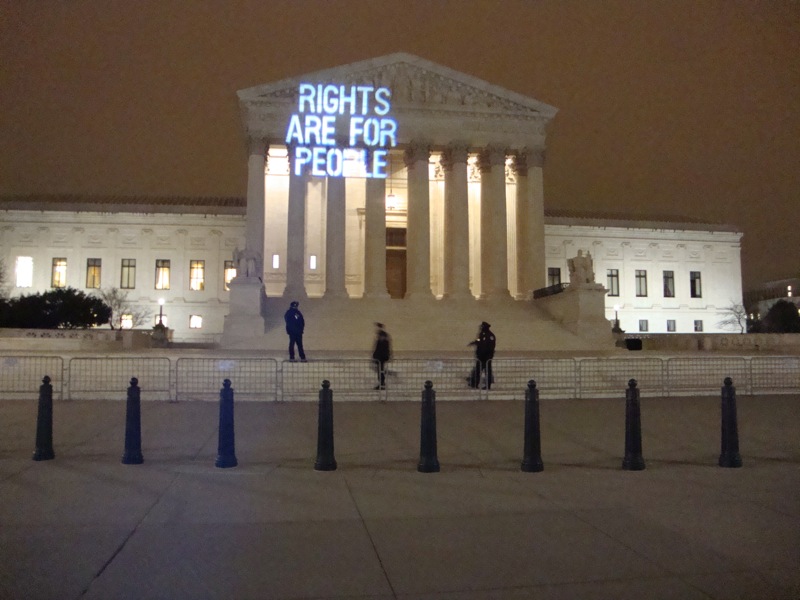 The Fund for Democratic Communities wishes to congratulate all the people and organizations that worked hard to see a resolution passed by our City Council opposing corporate personhood and calling on Congress to overturn the Supreme Court’s Citizens United decision.

While the City of Greensboro’s resolution will not, by itself, remove the ability of corporate interests to flood our political processes with virtually limitless money, this decision adds our local government to the growing list of municipalities, counties and other government institutions demanding serious action on campaign finance reform.

The Occupy Wall Street movement that began just one year ago shook up the status quo by reminding people across our country and the world that the people hold the ultimate decision-making power. The effort to create and pass this resolution here in Greensboro drew energy from this movement and built relationships with organizations already engaged in similar work. This is an excellent example of how grassroots organizing builds coalitions capable of changing government policies.

We also congratulate the members of Greensboro’s City Council who voted in favor of the resolution. They demonstrated sincere receptiveness to learn about issues brought before them by Greensboro’s residents.

Click here to download a PDF of the resolution passed. Below is a video featuring some of the statements made by council members about the resolution.